A solicitor who is also an equestrian expert is riding high after being promoted to the position of partner at Wace Morgan Solicitors. 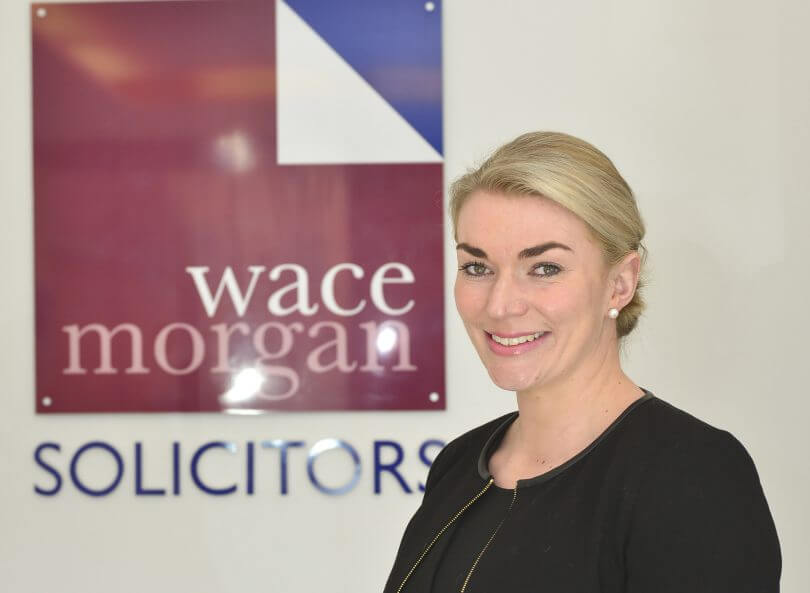 Lizzie Hughes is stepping up to the role at the firm’s Shrewsbury head office in St Mary’s Street, where she is a key member of the family team.

“I am delighted to have been promoted to partner at Wace Morgan, which has one of the largest family departments in the county,” said Lizzie.

“I have been working with the team for three and a half years and feel lucky to be part of such a well established firm. It is a tremendous opportunity in such challenging times and one I am proud to have been given,” she added.

She appears regularly on the West Midland, Shropshire and mid Wales court circuit before all levels of judges, from magistrates to circuit judges.

After completing her law conversion and legal practice course at The College of Law in Birmingham she was employed at a specialist family firm in Telford, becoming a director in 2015.

A former president of the Shropshire Law Society, Lizzie remains as a committee member of the organisation which represents solicitors throughout the county.

She has represented England in dressage, previously qualifying for the British Dressage Winter National Championships at Gloucestershire.

This website uses cookies to improve your experience while you navigate through the website. Out of these, the cookies that are categorized as necessary are stored on your browser as they are essential for the working of basic functionalities of the website. We also use third-party cookies that help us analyze and understand how you use this website. These cookies will be stored in your browser only with your consent. You also have the option to opt-out of these cookies. But opting out of some of these cookies may affect your browsing experience.
Necessary Always Enabled
Necessary cookies are absolutely essential for the website to function properly. This category only includes cookies that ensures basic functionalities and security features of the website. These cookies do not store any personal information.
Non-necessary
Any cookies that may not be particularly necessary for the website to function and is used specifically to collect user personal data via analytics, ads, other embedded contents are termed as non-necessary cookies. It is mandatory to procure user consent prior to running these cookies on your website.
SAVE & ACCEPT
close