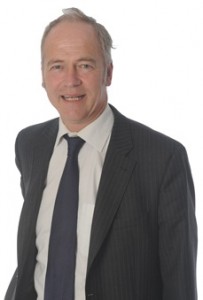 A Shropshire solicitor who specialises in personal injury claims is to be featured on national television this week.

Jeremy Taylor, a partner at Wace Morgan Solicitors of Shrewsbury, will appear on the Channel 5 programme ‘Where there’s blame, there’s a claim’, to be aired on Wednesday July 5, at 9pm.

In this the second episode of the series, the groundbreaking case of young army recruit Connie Shutt, from Tamworth, is highlighted. She had to give up her military career because of an avoidable pelvic stress injury, suffered during her army training.

She was represented in her successful compensation case by Jeremy Taylor, who is interviewed on the show.

He commented: “The television series highlights that nobody chooses to be a genuine victim. Accidents can happen to anyone causing lifetime injuries or in Connie’s case the loss of her military career which was devastating for her.

“Whether the injury is due to a careless motorist, employer or hospital no one should have to put up with being injured and losing out due to someone else’s neglect, without fair compensation.”

The programme also highlights the importance of getting expert legal help at an early stage. Connie Shutt was one of a number of young female trainees who suffered avoidable pelvic stress injuries and, as a result, were denied fulfilling careers.

Mr Taylor said these were groundbreaking claims: “The forces lost out on extremely promising recruits who would much rather be serving their country.”

Wace Morgan Solicitors, as founder members of the national Forces Law organisation, have well recognised expertise in assisting servicemen and women and veterans in a range of cases and are members of the Armed Forces Covenant.

Mr Taylor added: “It is important to us to ensure that servicemen and women receive the help and advice that they are entitled to in return for the commitment they have shown and sacrifices they have made.

“I was delighted to have this opportunity to take part in the programme. Innocent people who have been injured can obtain a just outcome whatever the level of injury.”